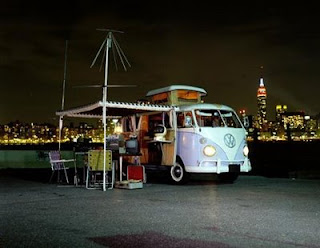 An exciting session tonight at 16 Beaver, lasting some three hours, with Anna Curcio and others from the Edu-Factory project. They run a website, and have a book coming out from Autonomedia soon. The subject – or the problem is the corporatization of the university worldwide, stimulated definitely by the Bologna Process in Europe. This has motivated many self-education initiatives. The conversation was wide ranging, with many of the people present involved with autonomous education projects, as well as working as teachers in colleges. 16 Beaver is a group of “self-educators,” primarily artists and media makers, who have been meeting in lower Manhattan for several years. Anna it turns out was involved in the ESC social center in Rome, along with Paolo, who I had spoken with in London. ESC is part of the second wave of social centers which arose after the Genoa G8 protests were so brutally repressed, Anna said. There are also centers in Rome, Milan, Bologna and Turin. This social center was set up across the street from a large university, and its members engaged the students directly, providing study space, counseling and other services in an autonomist atmosphere. Now, she said, the task of the Edu-Factory group was to “stay within and against” the educational system. They are starting a journal, which will feature texts in different languages.
This morning on the way to Tribes I stopped in at the "Broadcast" exhibition at Pratt Manhattan gallery. It's coming from the ICI in Baltimore, which I'll be in two weeks for the City from Below conference. (That website is really shaping up!) The picture above is Gregory Green's mobile radio station project, " Radio Caroline, The Voice of the New Free State of Caroline." He set it up in the gallery, and it's just as chaotic and intentional as any real radio station -- only 1 watt, though. Radio Caroline was a famous pirate radio station off the coast of England in the 1960s and ‘70s. The artist duo neuroTransmitter memorialized this broadcast adventure in their sculpture “12 Miles Out,” which was also in the "Broadcast" show. Like many of the social center places I’ve “visited,” the Radio Caroline it seems was a virtual location, a free state which could not be visited, only heard.
Posted by Alan W. Moore at 11:08 AM