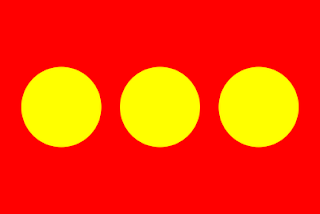 There's a flood out in California...

[I've been writing, and neglecting this blog; more soon on Amy's trip to Christiania. For now, a spot of breaking news via the Edu-Factory list, your source for worldwide student revolt news...]
Protests against new fee hikes being met with violence
By mtd
via http://occupyca.wordpress.com/2010/11/17/protests-against-new-fee-hikes-being-met-with-violence/
San Francisco – As of 8:45am, 200-300 students are blocking entrances to the William J. Rutter building at the UCSF Mission Bay campus, where the Regents are scheduled to meet. On the agenda today and tomorrow are another 8% fee increase and a move to change “fees” back to “tuition,” which was formally prohibited under the California Master Plan.
Cops have reportedly donned riot gear and have begun to arbitrarily charge and assault the student pickets. Already, 2 UC Berkeley students have been arrested for unknown charges.
This also follows last night’s news of an agreement between the UC and UAW Local 2865, the union representing Teaching Assistants, Graduate Student Employees, and Academic Student Employees. Following 5 months of bad faith and illegal bargaining practices from the UC, unfair labor practices, stalling, walking away from the table, lying, and refusal to concede anything, the UAW bargaining team has accepted UC’s original proposal on wages, employment notification, and summer childcare in exchange for a minor concession on childcare reimbursement. If the contract is ratified by the membership, TAs will receive subinflation wage increases of 2% a year locked in for the next 3 years.
8:55am: There was a confrontation between students and police in the parking garage. Many of the Regents have been able to enter, smiling as they watch cops hit students.
9:15am: Reports that students and workers have pushed through the police barricades and are storming the building. Several students are badly hurt from police attacks and some have been maced. More arrests, 5 total: 3 Berkeley, 1 Santa Cruz, 1 Davis.
9:20am: Confirmed: students are inside the building!
9:30am: Police are indiscriminately pepper spraying students. Police have put masks on.
9:45am: Daily Cal reports that Berkeley student government Vice President Ricardo Gomez was among those pepper sprayed by police.
n Tue, Nov 16, 2010 at 4:32 PM, Liz Mason-Deese
Posted by Alan W. Moore at 8:39 AM No comments: