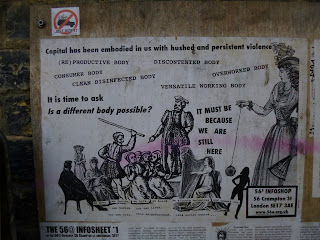 Ben Burbridge did “Political Squatting in Brighton” at Another Space, Fall 2012
http://www.bpb.org.uk/2012/whats_on/another-space-political-squatting-brighton/

“Down with the Fences” from:
www.past-tense.org.uk

“Reclaiming the History of California’s Counterculture and Resistance Movements,” a brief review of “West of Eden”
http://www.earthisland.org/journal/index.php/elist/eListRead/reclaiming_the_history_of_californias_counterculture_and_resistance_movemen/

Joseph Berke is quoted from The Guardian, 15.2.1968, in Jakob Jakobsen, “The Antiuniversity of London – an Introduction to Deinstitutionalisation”
http://antihistory.org/deinsti

Travels in the North Country II: Tales of Squattings Past 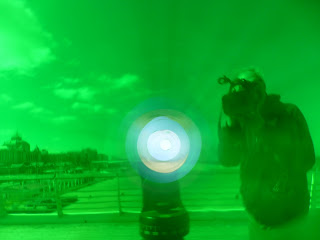 * I must mention this coincidence – Artists from Quartair are doing a show this May in Ottawa called “Dutch Settlement.” It's part of an exchange with artists there. The PR: “From an empty building with squatters to an officially recognized non-profit cultural breeding ground, Quartair was founded in 1992 by a group of young artists after graduating from the Royal Academy of Fine Arts in The Hague. Quartair is located at The Hague Bread Factory, built in 1902, on the Toussaintkade. Serendipitously, in 1992, when recent art graduates from Ottawa University were looking for studio spaces, they set up shop in the abandoned Standard Bread Factory in Ottawa. They became the Enriched Bread Artists (EBA).” EBA was not squatted, but rented. Today it is an artist studio co-op. “During the opening, Quartair artists will evoke the unique ‘do it yourself’ atmosphere that compelled them to squat... over twenty years ago.” The story of the setting up of EBA is also quite charming.
at: http://enrichedbreadartists.com/ebaquartairexchange.htm

Transparent Studio: Interview with Artcodex, the NYC art group I worked with in Den Haag
http://bosearchivesblog.wordpress.com/2013/03/20/transparent-studio-interview-with-artcodex/

A discussion of Dutch economist Hans Abbing's work in the context of economic research by artists at:
http://www.marketproject.org.uk/artinfo-should-we-let-more-artists-starve-so-some-can-succeed

art manifestation on the Pier in Scheveningen in honour of the Dutch avant-garde artist Henk Peeters
http://www.topp-dubio.nl/13exhibitions/13-henk=0-documentatie.html

Photo: A view through the green colored tube at the Scheveningen pier event for Henk Peeters 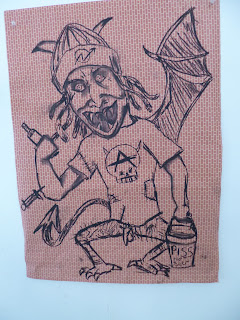 Sinn Féin Bookshop -- "Ranked #593 of 744 things to do in Dublin by Lonely Planet travellers"
http://www.sinnfeinbookshop.com/

“Ghost Modernism” at Quartair as part of the "Transparent Studio" program
http://www.quartair.nl/engels/archive%202013.htm

House Magic zine on the culture of occupied spaces: all 5 are here as low-res PDF downloads:
https://sites.google.com/site/housemagicbfc/

“Moral rhetoric and the criminalisation of squatting,” by Dadusc, Deanna and Dee, E.T.C
http://www.academia.edu/3218760/Vulnerable_demons_Moral_rhetoric_and_the_criminalisation_of_squatting