"From Israel to Essex: Travellers not welcome... 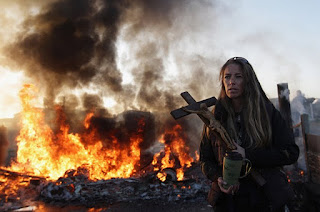 Traditionally nomadic communities face state-led discrimination and violent attempts to abolish their way of life."
I don't reblog hardly ever, but this exception proves the rule. A horrible story from Ireland and Israel, of people losing the homes to which they are entitled... From Al Jazeera English.
(Getty/Gallo image from Al Jazeera website. Photographer not credited.)
Posted by Alan W. Moore at 8:05 AM No comments: 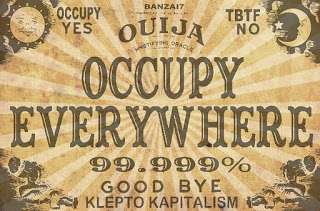 This post concerns the The Squatting Europe Collective (SQEK) 3rd Conference, and includes 1) a text on free spaces of Copenhagen sent by our hosts, and 2) the agenda of the conference itself.
1st – Some spaces of autonomy in contemporary Copenhagen, written by Our Hosts
"Spaces of autonomy, or as many call them free spaces are abundant throughout the city of Copenhagen, the most notorious being Freetown Christiania which was a former military site which was squatted in 1971. Throughout the 1980s and early 90s autonomous movements were strong, visible and active throughout the entire city, most notably in the former working class neighborhood of Nørrebro. But since the 1992 police shooting during the anti-European Union protests, the autonomous movement has dis-integrated for the most part (Mikkelsen, Flemming, et al. 2001).
"With the violent demolition of the notorious Ungdomshuset (Youth House) at Jagtvej 69 in 2007, the commune had controlled or gotten rid of many vibrant spaces of autonomy throughout Nørrebro. The commune ceded a new house to the radical youth in Nord-Vest effectively evicting their activities to the periphery of the inner city. Although the new Ungdomshuset remains a vibrant space for radical culture, such as underground music, performances, workshops and discussions, it does not compare to the former historically laden inner-Nørrebro location, where the likes of Rosa Luxembourg spoke.
"One free space which survived the neoliberal governement of the past decade, is Folkets Hus (People’s House) along Folkets Park located at Stengade 50. This is a self-managed free space since it was squatted in 1971. As a meeting space for support parties, a weekly people's kitchen, cafe and bike workshop, it persists as an outlet and service for radical culture and the local neighborhood.
"Nonethless, the demolition of Ungdomshuset 69 left a void in Nørrebro for radical, alternative and underground culture. Within this context, a collective of politically minded artists, craftsmen and students appropriated (with permission from the owner) a former Candy Factory built by Arne Jacobsen at Glentevej in Nørrebro. By hosting workshops, concerts, exhibits and fostering the emerging pirate party/TAZ movement , the space became a vibrant institution. Today, Bolsjefabrikken has relocated to the site of a former plumbing factory in the same neighborhood at Lærkevej 11, where three buildings house various workshops, cinema, kitchen, gallery, and cafe.
"The second Bolsjefabrikken is located along the railway tracks on the edge of the Østerbro neighborhood. These buildings are owned by the commune, and were ceded for self-management at a symbolic rent of 250 DKK per month. The space has been self-managed since the 2009 KlimaForum, when it became a space for housing over 2,000 climate justice activists.
"Within the context of contemporary spaces of autonomy, we hope that the discussions, experiences and insights derived during this conference will help keep the movement globally connected and locally active.
"We hope you enjoy the third Squatting in Europe Conference with us in Copenhagen!
Best, Ask, Malte, Tina H, Tina S"

(some) Free Spaces in Copenhagen

2nd – The Squatting Europe Collective (SQEK) 3rd Conference is set for December 4-6, 2011 at Folkets Hus, Copenhagen, Stengade 50, Nørrebro. Here is the program so far:
Sunday December 4, 2011 is the morning session, 10.oo – 12.oo, an internal SQEK Meeting to talk business and have breakfast. Then begin the public sessions...
12.oo – 13.oo
Lunch at Folkets Hus
Presentations
13.oo – 14.oo
Miguel :: “Squatting and the 15M movement / #spanishrevolution”
14.oo – 15.oo
Femke :: “Cracking the participation creed: The squat-mosque as an inspiration for intercultural self-organization”
15.oo – 15.3o
Break!
Presentations
15.3o – 16.3o
Armin :: “Between Intervention and Radical ‘Free Spaces’: Squatter Movements at the Beginning of the Neoliberal City”
16.3o – 17.3o
Joost :: “Defining what is open: Squatting as the problematic practice of recommodifying urban space in negotiation
towards audiences and the self”
17.3o – 18.3o
Anna :: “Evict Us and We Multiply! Protest Camps and the Politics of Eviction"
Food!
19.oo
Dinner1 [for SQEK participants] at K22 ::: Nørrebrogade 22.2 :: doorbell : Lett/Steiger

("Occupy Everywhere" image by William Banzai)
Posted by Alan W. Moore at 8:19 AM No comments: