On the Global “Occupy” 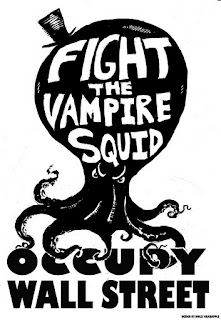 minutes of the Squatting Europe Kollective meetings are at:
https://n-1.cc/pg/groups/91603/squatting-europe-kollective/

Basekamp – “Occupy Everything” (only the one event posted here with links)
http://basekamp.com/about/events/occupy-everything


image: “Fight The Vampire Squid” by Molly Crabapple (scientists inform us that these creatures are unfairly maligned; still a cool image!)
Posted by Alan W. Moore at 12:55 PM 1 comment: 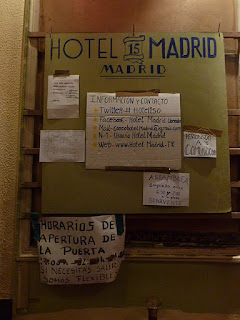 article on Hotel Madrid, with pictures
http://www.rojoynegro.info/galeria/agitacion/hotel-madrid-casa-del-pueblo
Posted by Alan W. Moore at 4:04 AM 2 comments:

Publisher Gerald Raunig was at the Creative Time Summit in New York last month -- the final talk of the conference adjourned to march down to Wall Street. Now comes this issue of "Transversal" on the subject... Hot off the um, presses. Even as organized labor and its resources come into the struggle of the Wall Street occupiers, it is important to remember: This action was emulating Madrid, which in turn was emulating Tunisia. It is international.
#occupy and assemble∞
transversal web journal
From the sit-ins on the Kasbah Square in Tunis to the tents on Rothschild Boulevard in Tel Aviv, from the encampments on the Puerta del Sol in Madrid to Syntagma Square in Athens, from the Wisconsin Uprising to Occupy LA, from Tahrir Square in Cairo to Liberty Plaza in New York - there is an incredible movement of occupations growing in this year of 2011. Slogans like “They don’t represent us” call for a non-representationist political practice, inventive forms of assembling bring new meaning to the good old general assembly, reappropriations of space and time thwart the logic of private and public: There is a new abstract machine in the making, traversing the local practices, empowering itself with every new space that is occupied, every new assembly that finds another form of expression and sociality. This issue of transversal is a discursive component of this abstract machine emerging from the actual experiences of Occupy Wall Street, dedicated to all the precarious occupiers in the world.
http://eipcp.net/transversal/1011
Contents
Judith Butler: Bodies in Alliance and the Politics of the Street
Nicole Demby: Liberty Plaza. A "Message" Entangled with its Form
Isabell Lorey: Non-representationist, Presentist Democracy
Gerald Raunig: The Molecular Strike
Nato Thompson: The Occupation of Wall Street Across Time and Space
Dan S. Wang: From One Moment to the Next, Wisconsin to Wall Street
Posted by Alan W. Moore at 6:12 PM 1 comment: