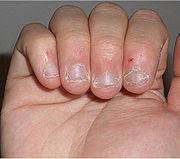 We have a draft press release… “FOR IMMEDIATE RELEASE”: "House Magic: Bureau of Foreign Correspondence," part one of a project exhibition at ABC No Rio, New York City, April 17 to May 10, 2009
The social center movement in Europe will be the focus of a project exhibition at the Lower East Side cultural center ABC No Rio during the month of April. Images and information, videos and discussion will engage the realities of this vital urban movement.
The social center phenomenon arose in the late 20th century. An outgrowth of political squatting, the social center in occupied vacant buildings was a key feature of the Italian Autonomist movement of the 1970s and '80s. Squats on the Lower East Side of New York City in the 1990s borrowed elements of the English and German social center models, including cafes, infoshops (library/bookstores), performance spaces and art galleries. Across Europe, the often short-lived social centers became important organizing foci of the global justice movement during the first decade of the new century.
The "House Magic: Bureau of Foreign Correspondence" exhibition will be an open structure, a newsroom and a channel for a continuous flow of information from the social centers themselves. Bulletins will be posted, banners will be painted, soup will be served. Video documentaries will be screened, radio podcasts will be played, and guests will discuss their experiences with social centers.
The social centers arose out of direct action squatting. In the new century, however, these actions have been less about housing, and more intended to create social, cultural and political space for action in the city.
In many cases, social center squatting is a response to gentrifying development in the city, an instance of "bottom up planning and architecture." The social centers are usually well integrated into the neighborhoods in which they are set up, and provide free space for cultural activities to take place. Many social centers work closely with immigrant groups, organizing, supporting and demonstrating to protect their rights.
Throughout the month of April we will be working the theme at ABC No Rio, processing and presenting information about the social center movement. A key node in global justice organizing, squatted social centers have sprung up in cities throughout Europe. They represent a new wave of activism, often highly theorized, with participation by both radical intellectuals and grassroots activists.Increasingly architects, urban planners and artists are joining political activists in this movement.
"House Magic" is the first step in an ongoing project which invites public participation as we share the stories and synthesize the lessons of the vivid life and often spectacular deaths of these temporary autonomous zones.
Among the centers and agencies past and present considered in the show are Bowl Court, Ramparts, CoolTan, ASS and 56a in London, El Patio Maravillas, Seco, Laboratorio, Caracole and SinAtena (Madrid), La Casa Invisible (Málaga), Krax City Mine(d), (Barcelona), ESC (Rome), ROG (Ljubljana), and many others.
references: "Social Center" on Wikipedia http://en.wikipedia.org/wiki/Social_center
blog of the show, called "Occupations and Properties" -- Photo: "Fingers of an extreme nail-biter" from Wikipedia entry on "nail biting."
Posted by Alan W. Moore at 10:13 AM