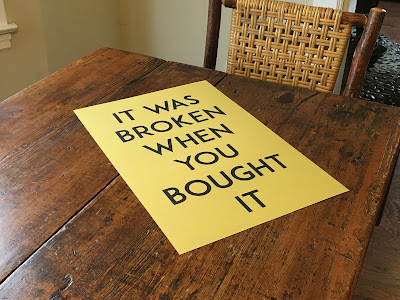 I've returned from Minneapolis, and an exciting series of talks, discussions, and hangings-out around the question of “municipalismo.” What could this Spanish movement mean in terms of the issues facing a U.S. city in the Trump era of intended “deconstruction” of the federal government?, and the now-unfortunate doctrine of “pre-emption”, meaning both state and federal governments have authority over cities. (Repugnicans are using and planning to use this power to thwart city government initiatives to protect immigrants; what worked for equality and freedom in the civil rights era may soon work precisely against it.)
What it means is what it has always meant – building popular power through locally-based assemblies of citizens in cities, which 'scales up' through a network of consultation circles, committees and intermediate bodies to culminate in a group of candidates proposed for election to a parliament. In the U.S. case this will be a city council and mayoralty – (precisely what the Spanish have succeeded in capturing in cities across Spain) – and bicameral legislatures at the state and federal level.
This is a strategy outside the U.S. model of a Roman Senate (Congress of two houses) and a rotating Emperor-ship. Citizens' assemblies – town hall meetings, in our usage – have no clear part to play in this model.
In other words, within our political system, our political discussion, and our habits of doing politics, the local assembly of citizens is absent. We don't see it. We don't make it deliberately and regularly. And we have no idea of its power and utility.
The other key point, as we learned last week over the 'phone from our speaker in the Barcelona en comu municipalist movement, is that the citizens' assemblies which built their electoral success were not ideologically based. They were neither “left” nor “right.” (Left and right, of course, are terms deriving from the location of political parties in an antique French legislature, i.e., a concept rooted in representational electoral politics.)
This is actually a lot to wrap one's head around. It's a new model of politics – no, sorry, it's an old one. But it's a model, based on ancient Greek, not Roman precedent, which has not had much traction in the USA. Nor did the Bolsheviks, the initiators of Russian “communism,” or state socialism much appreciate what their enemies called council commnism, and the USSR worked to suppress the movement throughout Europe. Libertarian municipalism has remained a dream articulated by Murray Bookchin of Vermont, although it inspired a Kurdish leader and is being implemented in Rojava, the proto-state emerging in Syria and Turkey.
But going forward, we are going to try to figure out what we are supposed to be doing about all this, how we are going to spread or implement municipalist ideas in the USA. And it will be coming out of and into Minneapolis, through the efforts of this small determined group of people, and a wider circle of thinkers, academics, and artists who want to learn and do and see what can happen. 'Cause what's going on now is not great, and how we can fight against it 'within the system' of representational electoral democracy is not working out so well.
So, are we talking? Are we writing? Are we publishing and distributing? Are we acting? Out of doors, in other buildings, in our homes, online?
Resistance is assembly. How is assembly arrived at? What does assembly do? All this remains to be seen. All that remains to be done.

NEXT: Text of my talks on municipalism at Macalester College, St. Paul, Minnesota