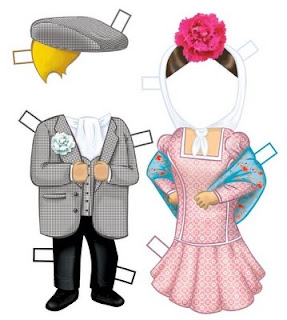 It’s been pretty heavy in the runup to the provincial elections today. Tonight the left got fucked; at the moment it looks bad for the left. The snap special elections were called by weird, eye-rolling right-wing governor Isabel Ayuso (rightwing PP, "Madrid's Trump") so she could get rid of the faux-centrist Ciudadanos and govern alone, or most likely in coalition with extreme right Vox. (Ciudadanos in Murcia had proved an unreliable coalition partner, and Ayuso feared a similar threat in Madrid.) Her most reliable partner is Vox.

Their election discourse is a ceaseless attack on Pablo Iglesias of the Podemos party, who quit his federal post to run in this regional election. Ayuso attacks Iglesias. Ciudadanos attacks Iglesias. “Communist”, he wants to “make Madrid Venezuela”.

Vox party outliers have been busy. Recently neo-nazis attacked a social center in La Paz barrio, CSA El Barco, destroying furniture and food collected for the pantry of Red Solidaria de Fuencarral. 15 of them, from the recently-formed group Bastión Frontal, attacked the center, striking some volunteers with a motorcycle helmet and a flexible baton. 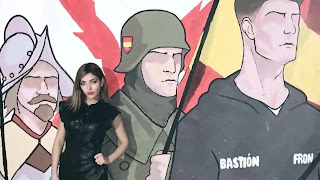 It’s a gas to be a young fascist in Spain now. 18-year-old Isabel Medina Peralta, daughter of a Toledo PP party man, heads the recently revived womens section of the Falange, and is a member of Bastión Frontal. She recently expressed a classic modernist anti-Semitism in a ceremony honoring the fallen of the Division Azul, Spanish fascists who fought for Hitler. The assembled celebrants, military garbed, gave Nazi salutes in a shocking video.
These fascists resemble the US Proud Boys and Boogaloos. But unlike those macho fronters, mainstream ultra-rights are women. It’s a fascist answer to the transversal feminist left.
This attack on the El Barco social center was not in the mainstream news, but the bullets and threatening notes sent to left and center-left leaders in the government did make the news. Vox said the leftists sent the threats to themselves.
So today Madrid votes. After some shilly-shallying, mainily from the statuesque and inexpressive socialist candidate, the left finally came together and stopped squabbling. Didn't do them any good.

Meanwhile, Outside the Government

La Ingobernable, the social center two years in the center of Madrid, was evicted as soon as the rightwing PP took the mayoralty, in November of ‘19 (despite a court order). Now the Ingob crew has struck again. They took a vacant hostel near the Puerta del Sol, the very center of Madrid, indeed the “kilometer zero” of the country.

The building they took belonged to a family of hairdresser-landlords who had evicted another okupa in one of their numerous vacant buildings. La Pluma -- "the feather" -- called a Centro Social Okupado Transfeminista, was taken during Madrid's Pride Week, 2018, to lay down a political marker in this now quite commercialized event. @CSOTLaPluma was evicted with the help of hired thugs. A criminal complaint is still pending.

An Office of Social Rights

A banner drop outside the building claimed “Social rights to change everything” ("Derechos sociales para cambiarlo todo").
Inside the assembly plans to hear the problems of citizens beaten down by the pandemic and continued low-wage precarious labor, exploitative rents, hunger and inadequate health services.
This action was taken on 2nd of May, an historic date in Madrid’s history, the day of the rising against the French in 1808. Activists are said to have dressed in traditional city garb, as chulapos y chulapas, as they negotiated witih police.

This resonant date was chosen as the moment for the social movements to respond to the ceaseless provocations of the rightwing city government, which has remorselessly dismantled numerous sites of self-organized citizen participation, social centers and community gardens.
(See my earlier posts on this blog, "Tearing It All Down: The Twilight of the Citizen Participation Movement in Madrid" 3/21 and "Destroying Citizen Participation in Madrid: Part 2", both March, 2021.)
These spaces were not okupas. They had all been authorized by earlier mayoral administrations, some of them right wing. The new mayor ended all of them. Just as he promised he would replace the original building occupied by Ingobernable with a) a health center, and b) a museum, nothing has been done. There are no signs of any government activity to renovate any of these places as anything. The citizens have simply been cleared out and the places locked up.

Against the Logics of Neoliberalism 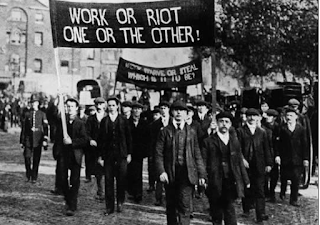 Invoking David Harvey’s “right to the city” (and behind Harvey Henri Lefebvre in his 1968 book Le Droit à la ville), Duke in Madrid professor Ernesto García López writes that the evicted projects generated “common goods” through radical democratic practice. They “spawned a certain moment of disconnection from hegemonic moral universes”, the “logics of neoliberal subjectivity”.
Quite simply, you don’t have to pay to hang out or particpate in those places. They are free and open to all – common goods.
The rightwing neoliberal privatizers understand the danger. “[P]recisely because the adversary has understood that these neighborhood experiences pose a threat...” García López writes, “these kinds of experiences constitute one of the decisive battlefields to contest the city today and tomorrow. Now more than ever, neighborhood communality becomes a strategic scenario of the political.”

“If” – Tearing Down, Building Up

The “neoliberal logic” was embodied in Ayuso’s monosyllabic campaign – “Libertad”. Freedom to what? Go have a beer, despite the confinement being practiced all over Europe; freedom to keep your bar or restaurant open with minimal restraint; freedom to stay in your residence if you are old and sick, and not be sent to the hospital; freedom to pay a doctor because the lines at public health clinics are so long; freedom hopefully not to pay such high taxes to support a socialist system. Ayuso paraded around the province, turning public events into campaign events, in a way unprecedented in Spanish politics. But not in Trump’s USA. This morning, after the PP victory, she is crowing.
The citizens' centers are bad for business. People in them are not consuming. Even as the right wields the power of governance to smash these citizen centers, these kinds of centers are replanted, grown back, and ever more tightly theorized.
The mayor also shut down Medialab Prado. “Moved”, it was said, but the Medialab has yet to be reconstituted in its “new location” outside the center. Medialab had evolved into the think tank of municipalism. (These complex meetings were blogged here during 2016-17.)
One of Medialab’s groups, GriGri Projects, boasts an extensive array of academic and institutional collaborators. GriGri Projects centers Afro-Europeans and Latinx collaborators of color. This spring they’ve launched a series called "Un botiquín para mi ciudad" (“A first aid kit for my city”; it’s on YouTube also). They write of their intention:
“In the face of the emptying of the collective senses, in the face of the cutback of community public services and the generalized privatization of life, at a time when we are faced with a reality of climate and health emergency and the devaluation of life in common as stated in the manifesto ‘Catastrophe Ethics’ , we want to propose a space from which to collectively imagine and design tools to deploy a livable life in the city of Madrid and in this way weave our common existence.”

Pablo Carmona, a key author of the municipalist manifesto La Apuesta Municipalista. La democracia empieza por lo cercano (2014), returns to an earlier conception of social unionism to explain the necessity of the social center today.
A historian, he points out that the socialists passed the labor reform which broke the social contract. The young working class became a cheapened labor force with few of the rights their parents had enjoyed. Precarious work in tourism and hospitality became bedrock features of the Spanish economy. Now, 30 years later, “widespread precariousness came face to face with a runaway real estate market”, making survival a daily struggle.
To confront this neoliberal “wild urbanism”, “new models of organization and articulation” of struggle are needed. Besides trade unionism – “cis-hetero male, white, with rights and sustained by family salary” – what was needed was a social union that would answer the needs of “migrants, domestic workers, manteros [migrant workers without papers who sell in the street], evicted and precarious young people” – in short, all those on the margins or completely excluded from the social contract of the state. 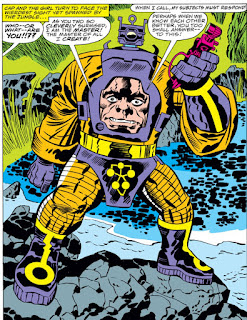 The kind of space the Ingobernable crew opened up last week, then, is to “build forms of self-organization and struggle that will serve as a meeting in the midst of dispersal”. It sounds something like the Unemployed Councils of the 1930s.
“In these spaces there were activities as different as Spanish classes for migrants, or school support, solidarity pantries, rights workshops or housing counseling. All of them, forms of encounter around specific problems with the aim of fostering an idea: the construction of communities that fight for their rights.”
(A living example of this is the as-yet-unevicted resistant social center ESLA Eko in Arganzuela barrio, which hosts all these activities – as well as three iterations of the JACA exhibition of radical art described in this blog.)
The Social Rights Office would provide “collective advice” for problems people in Madrid confront, a cornerstone of the trade union model, and even some government offices. But these SROs would avoid “the assistance, charitable and paternalistic logic that can be produced in these spaces, to compose spaces of resistance from the community in struggle.”

The logic is clear. The issue now is survival. When you lose the government, the only recourse is the streets. 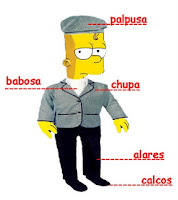