Where Does "Municipalism" Come From? (II)

“Municipalism refers to political organization based on assemblies of neighbourhoods, practicing direct democracy, which would be organized in a system of free communes or municipalities, as an alternative to the centralized state.”
– United Explanations* 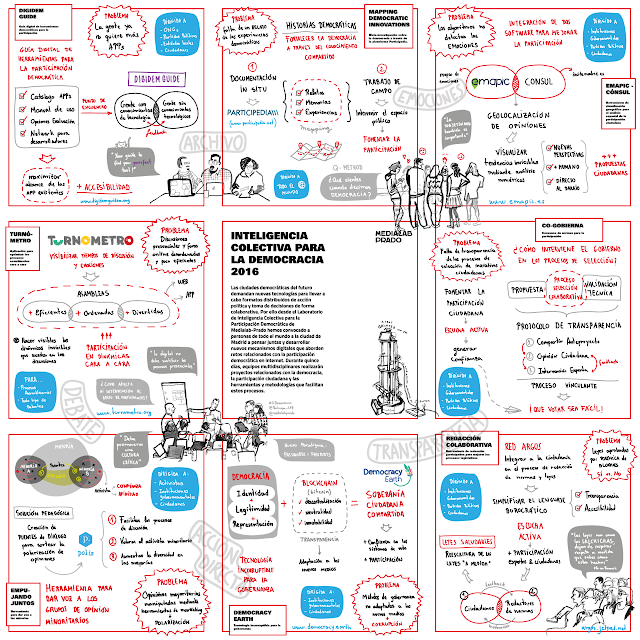 For an American caught in the rat trap of U.S. politics, the “Municipalist Manifesto” reads like a document from an alien world. This document, which came out of a meeting held in Málaga, Spain, in July of '16 – the MAK1 – describes 'cycles of politics' and spaces of civic discourse that practically don't exist in our country. The guiding principles are expressed in its title: it is a “meeting for municipalism, self-government and counterpower.” First the manifesto declares independence from political parties. The municipalist's roots are local. That is the “bet” on building this kind of power, that “democracy begins with the local.” Then they name their issues – Spain's onerous balanced budget law, lack of housing, crushing municipal debt, and the necessity of reclaiming city services like water and power from the private companies to which they were sold by the right wing.
The municipalists aim to build a “federated network” of groups of political candidates (lists) and movements, and to support it with autonomous communications media which can construct “a new social common sense.”
From the institutions they will expect resources and strategies to promote new movements and experiments – a “new institutionality” which – crucially – respects the autonomy of all such initiatives.
The manifesto goes on for 10 more points – on building social space, cooperative enterprise, protection of migrants and more. They also commit to internationalism.
This isn't cloud cuckoo land. These are concrete proposals, action items, which are backed up by a series of recent electoral successes in cities around Spain. The most visible and energetically internationalist of these is Barcelona en Comú which achieved the mayoralty of Ada Colau. They have published a guide to how to build a political movement in the city, “How to win back the city en comú,” and have launched a dizzying array of initiatives based on the notion of an “open code” city, that is, fully hackable. 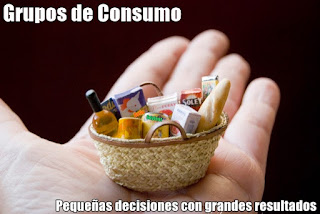 This success depended on earlier cycles of politics, as the Spanish call them. These include a decades-long squatting movement that began after the dictator Franco died in '75 and continues to this day. (Academics in the SqEK group of which I am a member have written extensively on this; we met in Barcelona during Colau's electoral campaign.) Those squatters opened up social centers, emulating Autonomist activists in Italy, in cities all over Spain. Barcelona, with its proud anarchist past, has quite a number of them. When the 15M arose, the Spanish part of an international “movement of the squares,” the right wing controlled government moved against it (the PP, Popular Party, had both city and federal state in 2011). The big 15M camp was evicted, and activists moved into the neighborhoods. When their open assemblies were attacked, they moved into the resistant occupied social centers. Thus two movements converged. Punk concerts, beer-drinking gripe sessions, vegan dinners and bike fixing clinics were joined by regular open meetings of multi-generational neighborhood activists figuring out how to fix their shit right where they live.
Spanish don't call their congresspeople. They are generally unavailable, and in any case people know that it's useless. As the European Union-mandated cutbacks to social services began to bite, enthusiastically enforced by the right, workers and clients in the affected sectors began to organize into mareas or “waves,” taking to the streets in parade, and occupying their workplaces. Health clinics and hospitals, public schools, social service agencies – Mareas arose all over the country, each in a different color: white (health), green (schools), orange (social service), blue, red, violet, yellow and black. 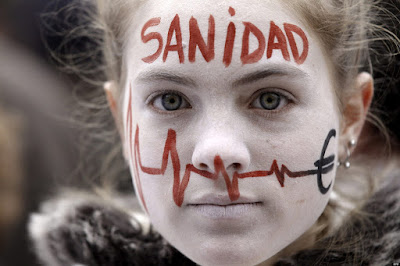 Face painting for the Marea for health services
Equally important in this respect – radicalizing citizens with grievances – was the movement of the PAH, fronted by Ada Colau. In direct response to federal government refusal to repeal or substantially alter harsh and onerous laws around mortgages in the face of the long-term European recession called simply “The Crisis”, thousands of people were forced from their homes. The PAH movement organized these dispossessed workers and middle class people and began to occupy homes. Many of these homes were owned by the very same banks which had foreclosed on the mortgages, and were vacant because of evictions. The government further 'collaborated' with the PAH, exacerbating the problem by selling off much public housing to private companies which raised rents to market rates.
Hence, the very regressive policies that punished the poor and less wealthy helped to set the conditions for building popular power. This is more than the power of anger to move people into the streets in protest. It's the power of solidarity to take back the necessities of life which the government and financial sector has been taking away.
We must ask ourselves how the repressions and dispossessions which will soon come in USA can similarly be used in a mode of political jiu jitsu to build movements of popular power.
Contemporary Spanish municipalism, then, came out of the 15M movement – “They don't represent us,” the cry of thousands of people gathering in the central square of the capitol city, and spreading from there to other cities throughout the couuntry. Even the Spanish part of the “movement of the squares” was international, with forerunners in Tunisia, Egypt, and Greece. The key issue – the “false representation” that political parties both left and right were undertaking – concerned the Crisis. This sustained nearly decade-long recession has meant an EU-directed campaign of austerity, budget cuts, privatizations of public services, foreclosures and evictions. The big banks were bailed out with the people's tax money, and, in the words of J.P. Morgan as quoted by David Harvey, “assets return to their rightful owners.”
Activists on the left in Europe have worked hard for years, often supported by the smaller political parties. The plurality of voices which parliamentary systems allow to speak (if not always act) within the circuits of power is foreign to the U.S.A., given its construction as a pseudo-monarchical republic along Roman lines. In the USA, the role of interrupter in the continuity of political transactions by conservative proprietors is taken by social movements, even at times in the past by criminal gangs. There is then a blockage in the paths to power in the U.S. which is only rarely and only partially overcome. When it is, it usually happens in cities. That's how Bernie Sanders started, as mayor of Burlington, Vermont. He did good. Just like the “sewer socialists” of Milwaukee in the 1930s through the '50s. They represented all the people and worked for the public good. 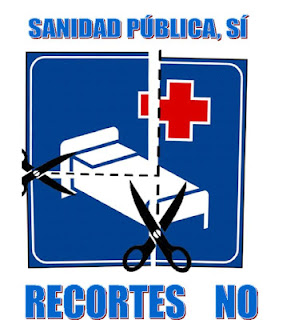 With its remnant welfare state and firm (if limited) civil liberties, Europe's case may seem quite dissimilar from the USA. But in fact it appears to me to amount to a totalizing austerity, even if it doesn't go by that name. An ideological tsunami intent on wiping away the care economy, education, the research and cultural economies – anything deemed “soft” – and leaving only the “hard” bodies supported, the police and armed forces.
An anarchist tweeted as I wrote, “If we don’t prevent fascists from building strength, debate won’t matter. Only popular self-defense has succeeded in stopping fascism.”
That's true. And I agree. But it's possible to move beyond self-defense. European municipalist organizing, action and electoral success – which, remember, arose during right wing governmental control – seems connected to me with Chokwe Lumumba's Jackson Plan for that city in Mississippi. In conditions of centuries of oppression, his administration's plan was to build popular power, develop workers' cooperatives, and more. Why can't we now demand more from US cities politically than just resistance to bad moves by federal power? With the mounting resistance to a massively unpopular authoritarian president, activists can be in a position to get more and better now.
The question is what to ask for? And how to know what citizens need?

Next: Research and Development of Contemporary Municipalism

United Explanations*
“What is Municipalism and Why Is It Gaining Presence in Spain?|”
A somewhat disjointed, but still quite useful explanation, by Marta Cillero posted in August of 2016 at: http://unitedexplanations.org/english/2016/01/18/what-is-municipalism-and-why-is-it-gaining-presence-in-spain/ [also SP]

“Is this the world’s most radical mayor?” by Dan Hancox, May 2016
https://www.theguardian.com/world/2016/may/26/ada-colau-barcelona-most-radical-mayor-in-the-world

Barcelona en Comú publishes ‘how to’ guide to winning back the city to mark anniversary of electoral victory
https://medium.com/@BComuGlobal/barcelona-en-com%C3%BA-publishes-how-to-guide-to-winning-back-the-city-to-mark-anniversary-of-5158ee0ccb38#.s0bne69ef
@bcnencomu

Just one example of texts on this political cycle-- The ‘Movements of the Squares’ and the Contested Resurgence of the ‘Sovereign People’ in Contemporary Protest Culture,” by Paolo Gerbaudo, University of London - School of Humanities, May 20, 2014
https://papers.ssrn.com/sol3/papers.cfm?abstract_id=2439359

Miguel A. Martínez and Ángela García, “The Occupation of Squares and the Squatting of Buildings: Lessons From the Convergence of Two Social Movements” (2015), ACME: An International E-Journal for Critical Geographies http://acme-journal.org/index.php/acme/article/view/1145/1107

A brief introduction: “The tides of change: Spain’s “mareas”, by Julius Gavroche, 2013
http://autonomies.org/pt/2013/02/the-tides-of-change-spains-mareas/