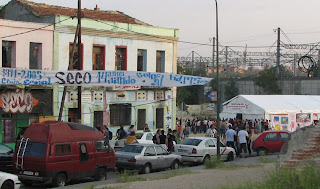 * That's what this blog is about, in case it's been forgotten – my life running the “House Magic: Bureau of Foreign Correspondence” information project of European squats and occupations. See:
Posted by Alan W. Moore at 3:22 PM