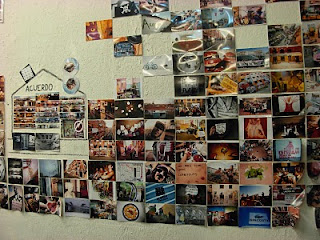 photo: The wall at the new Patio Maravillas cafe
Posted by Alan W. Moore at 1:44 PM